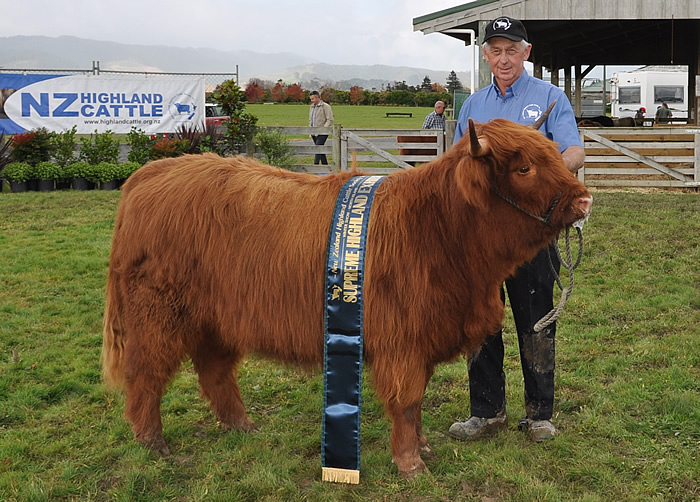 Posted by designerwebsites on June 8, 2017

The New Zealand Highland Cattle Society Winter Show was held on Sunday 28 May at Clevedon A & P Showgrounds on a lovely clear day while the weekly Farmers’ Market was in progress. Highland Cattle breeders included, along with our Eadon Fold, the Te Mata Hills Fold and Ardargie Fold, both of which are long time and very successful breeders and Show contestants.

The winning red rosettes were shared around, as usual, but this year, to our delight, our Eadon Fold walked away with the main prizes: Champion Female (Eadon Fiona Girl) and Champion Bull (Eadon Douglas).

What is particularly pleasing, is the while the number of contestants was low, there were high quality cattle in every class, and anyone who competes against Te Mata Hills or Ardargie cattle knows it is a true contest. 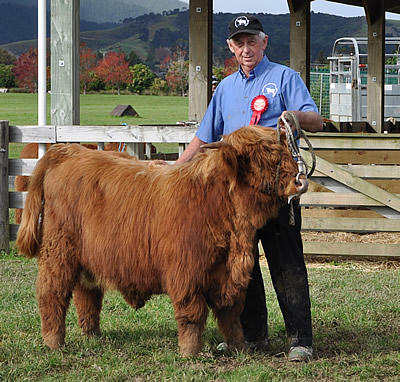 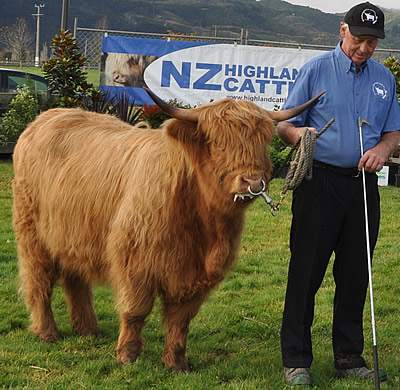 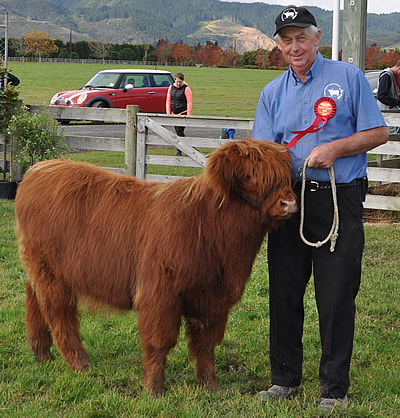 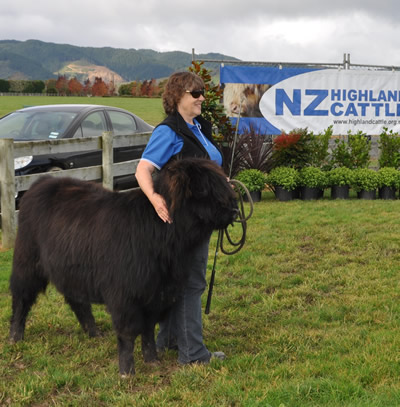