Posted by designerwebsites on June 8, 2017

Taking cattle to shows is all about competition, and everyone wants to win!! That really goes without saying, however despite this, we have experienced the greatest friendliness and helpfulness from our competitors, and we become a family. We have travelled overseas to many countries and found new friends with Highland Cattle at the centre of the meeting. Some very treasured friendships have come from showing our cattle – friendships and memories that will last life-long.

Since 2007 we have been attending A & P Shows and competing against other Highland cattle and All Breeds. Shows we have attended include Whangarei, Warkworth, Helensville, Kumeu, Franklin, Auckland Easter Show, Clevedon, Morrinsville, Stratford and the New Zealand Highland Cattle Society North Island Show. For us, the pinnacle is the North Island Society Show.

Over the years we have won many ribbons, including a number of Supreme Champion ribbons, and Champion Female and Champion Male ribbons. We are very proud of these, especially as there is often very strong competition. Of particular note, we have won the Champion Bull at the NZHCS Winter Show over the past four Shows, all with different bulls. As we breed Fullblood bulls for sale, this is a wonderful testament to their quality.

Over the past two seasons we have been restricted in the shows we have attended due to various circumstances, however we are particularly delighted with our latest outing. 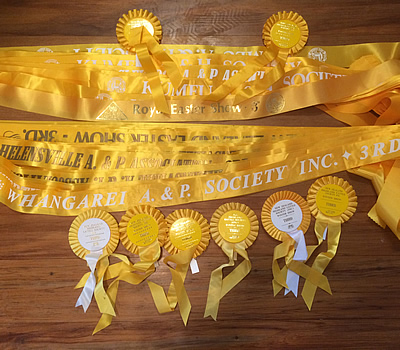 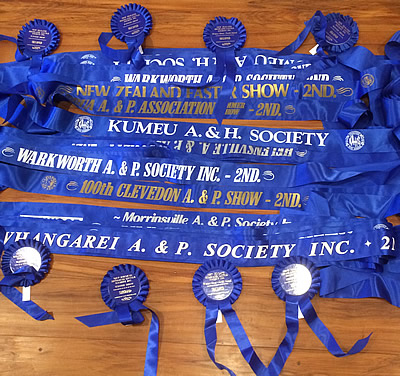 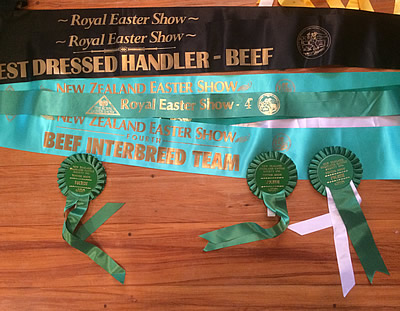 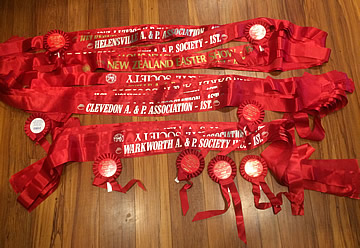